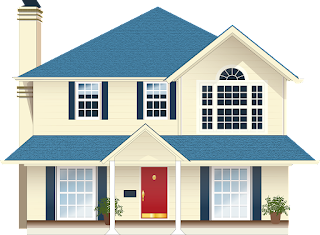 I finally reached 78%LTV (loan to value) on my home.  That means no more private mortgage insurance (PMI) and I cannot be more excited!!! My PMI payments were $115.37 a month.  My first payment on this mortgage was on July 1, 2013 and it took me 6 years to reach 78%.  I plan to use that $115 a month to save for expected home repairs such as a new AC unit (pretty much a necessity in Florida).  I am already paying an extra $448 a month extra in principal each month.

The crazy part is that I reached 78% early.  I reached 80% LTV at the end of January 2019.  According to my mortgage payment, I was not supposed to reach 80% until September of 2020.  . I've already paid thousands for PMI since 2013. Imagine if I followed the schedule put forth by the mortgage company.

The process for reaching 78% LTV was simple.  I just paid extra principal payments on my mortgage each month.  At the beginning of February I received a letter from my mortgage company advising me that I had reached 80% LTV and giving me options for how to have the PMI removed.  Once of which was to pay almost $5,000 to reduce the principal to 78%LTV.  I declined to do that and just kept making my extra payments each month.   I paid my mortgage as usual at the end of June and got my regular statement.  A couple of days later I received a revised statement with the PMI payment removed.  I have not yet received any refunds or pro rata refund for my last pmi payment.  It appears that it was cancelled by the mortgage company on 7/2.  The next premium would have been paid around 7/15.  I don't expect any refunds from my escrow account until maybe next year when the escrow analysis is complete.