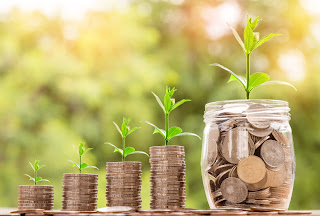 Last year I opened an Ally Savings account because the rates were higher and rising fast.  I had not problems with the account and it was easy to open.  Recently Ally has dropped its rates down to 1.90%.  My old trusty My Savings Direct ("MSD") account has, thus far, remained at 2.4% so I moved all of my savings back over there.  I earn over $25 a month in interest at MSD.

I'm sure that MSD will eventually drop its rates along with all of the other banks. I am keeping my Ally account open as an alternative and I will move money between the 2 accounts depending on which is offering a higher rate.  FYI- I don't plan to go back and forth over a 0.1 of an interest rate.  Only if there are bigger and sustained differences.  I waited until there was a half a percentage difference until I switched back to MSD.

What online savings accounts to you use?
Posted by Michelle82 at 2:11 PM